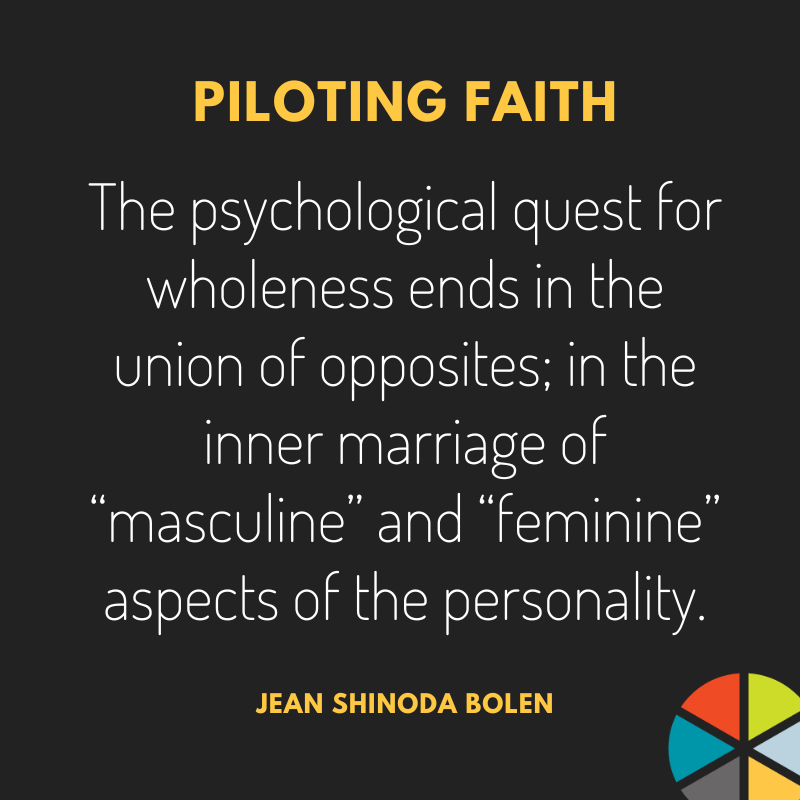 We use the term “patriarchy” to hold the blame for much of what is hurtful and harmful in our culture today. We (men and women) “rail against the patriarchy” that privileges and protects male power at the expense of women, children, and creation. Especially in light of the Dobbs Supreme Court decision in the US, we are sensitive to how women are denied autonomy over their bodies. But it’s been a long road of injustice on many fronts that got us here.

In wrestling with how we find our way through this, I’ve become curious about the root meaning of patriarchy and matriarchy. Where did these words come from, and what did they intend to represent?

In ancient traditions, patriarchy originates from the root word “patria” which means “homeland.” Patria/patriarch was the “one who leads the way home.” Taking the etymology back further, patriarchy is closest in the ancient English language to the word “pattern.” Jungian analyst Clarissa Pinkola Estes teaches that the patriarchal archetype is one who sees the patterns of life and gains wisdom by understanding their relationship to the whole. Patriarchal energy is a wayfinding energy, the maker and keeper of maps both in physical and spiritual reality.

Matriarchy originates from the root word of “matria,” meaning “matrix.” The matriarch gathers many parts together and makes them one. Its oldest etymology is closest to the word “matter.” Matriarchy energy materializes, births, manifests “matter” into existence. The matriarchy archetype generates new life and holistic connections. It sees relationships and senses our interdependence with the natural world.

It’s true that over time patriarchy became associated with maleness and masculinity. Religions claimed the word patriarch to describe their dominant male leaders. Matriarchy likewise became assigned to the realm of the woman, imbued with far less power, though often an unspoken fear of her true, hidden capabilities.

By assigning these words to genders and privileging one over the other, we have diminished both experiences. Men face soul-killing pressure to know the answers, pave the way, protect the family, and make the decisions. Author bell hooks says, “Learning to wear a mask (that word already embedded in the term ‘masculinity’) is the first lesson in patriarchal masculinity that a boy learns. Asked to give up the true self in order to realize the patriarchal ideal, boys learn self-betrayal early and are rewarded for these acts of soul murder.” (bell hooks, The Will to Change: Men, Masculinity, and Love)

Those who identify as women face equal soul-death as culture tells them to deny their instincts, suppress their call to adventure, and manifest only within the bounds of acceptable cultural norms. In fact, we have domesticated ourselves beyond recognition by failing to honor the fullness of who we truly are.

Perhaps killing “the patriarchy” is not the solution to our present predicament. When correctly understood, that would mean suppressing an essential part of ourselves. Instead, our work is to reclaim it, freeing it from the distorted ways it has been used to oppress men and women alike.

Why does this matter? We cannot heal our culture until we heal ourselves. But we have to start at the root – to see the patterning of Sacred Love within ourselves so that we can matter/materialize a more just and generous world for all.

I’m facilitating a 3 hour “Futures Lab” tomorrow focused on the future of denominations. If you’re serving in denominational leadership, or simply interested in the question, you’re welcome to join us. Here’s a link for more information: ... See MoreSee Less

The global pandemic has fundamentally changed our future. It created deep shifts in our institutions. It invited new questions of spirituality and faith. It opened new possibilities for how humanity m...
View on Facebook
· Share

Such a great podcast from Sounds True with my friend and colleague Elaine Carney Gibson about her new book "Your Family Revealed." I love Sounds True in general but this episode is definitely my favorite. ... See MoreSee Less

How do you view your family of origin? Our family dynamics have a tremendous influence on how we feel about ourselves, show up in the world, and relate to others. When these dynamics are subconscious,...
View on Facebook
· Share

I am super excited about this upcoming event with Christian theologian Matthew Fox and Buddhist teacher Isa Gucciardi, Ph.D. where we talk about salvation and liberation. Isa will teach about the states of mind that lead to enlightenment. Matthew will explore the un-learning we need to do in our understandings of salvation in order to find meaningful liberation. Can't wait! ... See MoreSee Less

Both Buddhism and Christianity offer their own vision of hope to help us meet the challenges we are facing individually and collectively. They each offer a path to meaning that can help us navigate ou...
View on Facebook
· Share