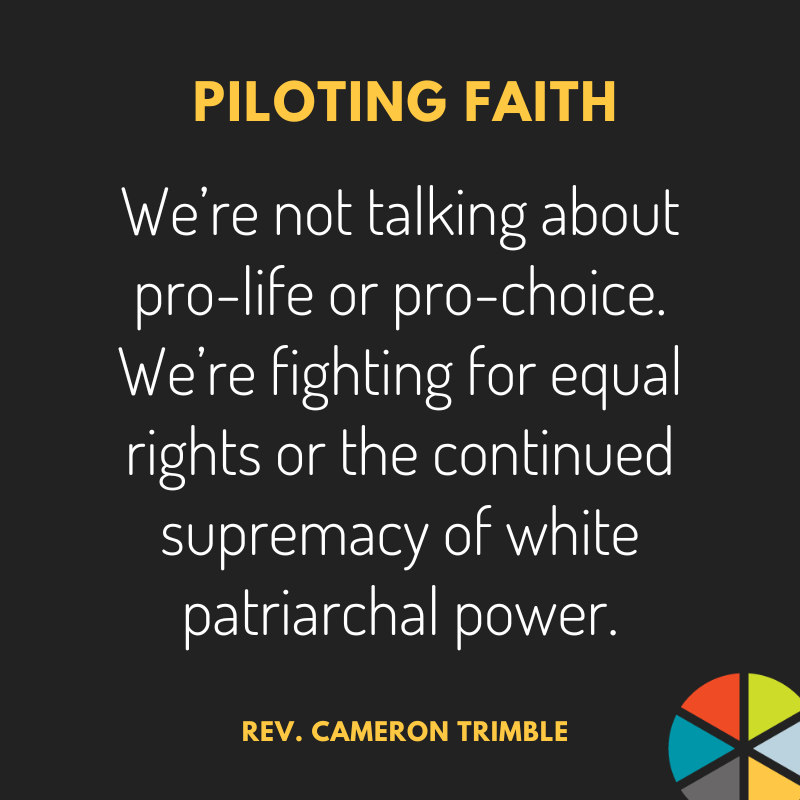 Many of us are still trying to wrap our heads around the news of a leaked opinion authored by Supreme Court Justice Samuel Alito that effectively dismantles the constitutional rights afforded to women in Roe v. Wade. For the first time in United States history, rights women have held for over 50 years will be rescinded. What’s worse, the legal argument lays the groundwork for undermining civil rights for several vulnerable communities, including the LGBTQ+ community and racial minorities.

It’s not just a woman’s right to choose that’s on the line; this judgment undermines the legal concept of privacy for every one of us. Ashley Nicole Black said, “There is a particular slap in the face of being told we can vote for abortion rights by the court that gutted voting rights.” She has a point.

Of course, many of us are outraged. We are heartbroken. We are shocked. We are scared of what this means for ourselves, the people we love, and this nation.

Professor Rebecca Todd Peters expands that to suggest that a better framework for engaging this debate is based on one of reproductive justice. For her, the questions focus on the right not to have a child, the right to have a child, and the right to parent the children that we have. In that frame, it’s no longer a binary choice but a more honest conversation about motherhood, autonomy, family, and freedom.

And that is the problem.

That’s what’s really at stake here. We’re not talking about pro-life or pro-choice. We’re fighting for equal rights or the continued supremacy of white patriarchal power.

Once again we face the great sin of American culture: one group of people believes that they are better than all others.

Of course, there is nothing more UNchristian than that.