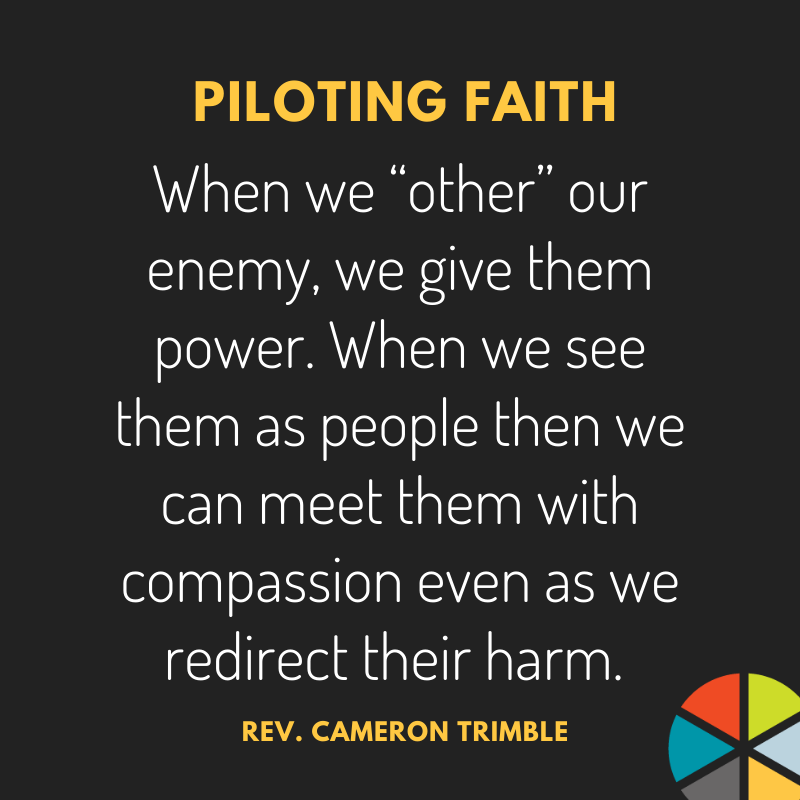 In the practice of aikido, a form of martial arts intended only for defense and never for aggression, the practitioner begins their training with a white belt. Over time and through endless hours of practice, the belt becomes dirty and worn. It is said in this way the practitioner gains their black belt. At the level of black belt, the movements of aikido become nearly invisible. The aikido practitioner becomes an elegant, balancing force to the opposing force. It looks like a scuffle to the novice’s eyes, but it is the dance of transformation to the elder.

The practice of aikido is grounded in compassion, backed by strength. It uses the physical momentum of both practitioner and opponent as leverage to neutralize a threat. Aikido practitioners never seek conflict, but when conflict comes, they recognize the opportunity to transform it into learning.

I think of aikido often as we stand in opposition to so much injustice today. We can become exhausted by the fight for equal rights, the fight for black and brown lives, the fight for LGBTQ+ equality, the fight to protect the environment, and the fight for women’s freedom to make their own healthcare decisions. The conflicts seem endless and the oppositional energy oppressive.

Yet aikido might teach us that conflict remains if we treat one another as opposing forces. When we “other” our enemy, we give them power. Seeing them in us, their fear in our fear, generates a way out, protecting both the victim and aggressor. When we feel the life force of our enemy, feel their movement, feel their rage, feel their pain, then we can meet them with compassion even as we redirect their harm.

The great peacemakers of our time knew this dance.

Martin Luther King Jr. met the oppression of racism with the dream of beloved community.

Nelson Mandela met the evils of apartheid with the call for truth and reconciliation.

Mother Theresa met the oppression of poverty with the force of compassion.

Jane Goodall met the greed of corporations with the humanizing of the Great Apes.

Elie Wiesel met the hate of antisemitism with the force of integrity.

Jesus met the domination of Empire with the revelation of Love.

These “meetings” transformed the world because of the empathy they generated by their refusal to dehumanize the “other.” They used the force of the oppressor to unveil the fault of their actions. They addressed the harm without retribution and offered a path to repentance and belonging.

As you feel an oppositional fight rising in you, draw on your inner spiritual aikido to help you meet the challenge and transform it for good. The whole world depends on it.