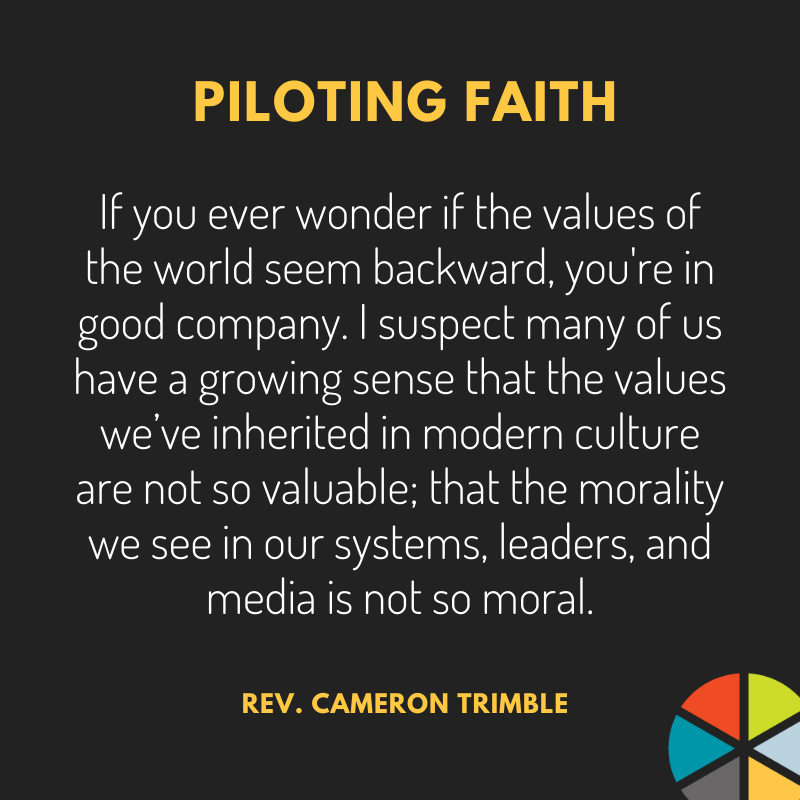 On a long flight from Atlanta to Los Angeles (back in the days when we traveled on airplanes), I watched an old movie called “The King of Hearts.“ It was filmed in 1966 and was set in France in the midst of WWII. The Nazis were invading the small town, and a young Scottish soldier was sent to evacuate the town and secure the bomb store. Before he could, the Nazis came marching through. Suddenly the Scottish soldier needed to hide in order to evade capture. In a moment of desperation, he ran through gates that led to a large building with lots of windows. Racing up the stairs he was met by a group of people dressed in hospital gowns, some playing cards, others dancing, others holding baby dolls and telling stories.

It hit him, then. This was an insane asylum.

He had no choice with the Nazi soldiers close on his tail. He adorned one of the robes and tried to fit into the group. The soldiers came and didn’t spot him. When they left (leaving the gate to the asylum open for the residents to leave), the residents of the asylum looked at the soldier and asked who he was. Speechless, he said nothing. But then someone shouted out, “He is the king! The king has returned.”

With that declaration, the residents broke into a joyful dance. They flooded out of the gates of the asylum into the streets. They found new clothes to wear in the abandoned shops and absconded with carts to use for a parade. They dressed themselves in what felt right to them – one a Catholic cardinal, one a circus master, one a ballerina, one a prostitute. They held a coronation and showered the new king with kind words and generous gifts.

The Nazi soldiers were marching through the streets at that point, throwing people to the ground, terrifying them and threatening their lives. But here were these people labeled “insane” by the world, celebrating freely, caring for each other, making one another laugh, honoring their truest expressions, and being gentle with each other‘s needs.
The Scottish soldier looked out at the street and then back at his new friends and, for the first time, found himself wondering who was truly insane.

It’s a silly movie, full of slapstick humor. And then it smacks you between the eyes with the unvarnished truth. Maybe we are the ones who are insane?

If you ever wonder if the values of the world seem backward, you’re in good company. I suspect many of us have a growing sense that the values we’ve inherited in modern culture are not so valuable; that the morality we see in our systems, leaders, and media is not so moral. It’s tempting to want to say “I’m out. I don’t want to be associated with any of this anymore.”

If that is where you are, I think we have every reason to be hopeful. Why? Because when we identify the way of life we don’t want, we can finally choose something different.

If you tune your ears to the prophets of all ages and traditions, they are telling us time and time again that it’s the values of community, love, generosity, and compassion that reveal the truest expression of the human soul. They are the Sacred values that shape a rightly ordered world that honors all of us.

Let’s start creating that world with wild abandon, eccentric outfits, and relentless hope. It might be the sanest thing we could ever do.