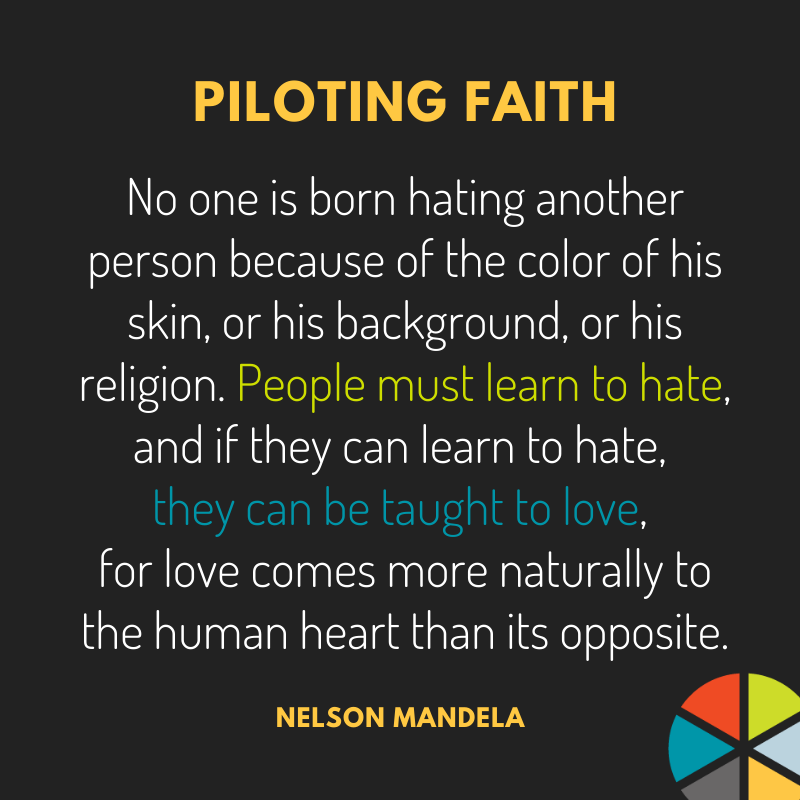 Our world is roiling with movements of people longing to be seen, heard, and treated with respect. Every one of us holds this as our deepest need after the need for food and shelter. Our desire to belong to one another in peaceful community is embedded deeply within the soul of each of us as a Sacred being. As scriptures teach us, we are each other’s keepers.

The challenge is that in so many of our systems, we feel silenced, invisible, and disrespected. Over time we become activists in the cause for recognition and space for our own thriving. When we truly embrace the activist work, we take on the struggle for others – for the common good. We understand that our struggles are interconnected, our pain and joy shared as One.

In 2012 late Congressman John Lewis published a book called Across That Bridge: A Vision for a Change in the Future of America. The consummate storyteller and wisdom-bearer, he writes of his experience in the 1960s teaching the rest of us lessons gained over generations for the sake of the world we will create together. He writes,

“They threw everything at us in the 60s in an attempt to deny the validity of our reality. They called us Communists and hippies, outside agitators and troublemakers. They infiltrated us and investigated us. They floated false rumors and negative propaganda. They ran us down with horses and bludgeoned us with Billy clubs and baseball bats. They jailed us, they beat us, they bombed us, and sprayed us with teargas and fire hoses. They even assassinated a president, a candidate, and a King. President John F Kennedy, Robert Kennedy, and Martin Luther King Jr. were three symbols of hope. They were three men, three leaders who were sensitive to the truth.

Those two brothers began their term as President and Attorney General without a real understanding of the problems of race in the South. But through the protest and the demonstrations, they came to understand how deeply we suffered. They began to hear the mandate to address the very hypocrisy Dr. King spoke about. These men grew. They changed because of what they experienced, and that is all you can ask of another person. Don’t close your eyes because you’re afraid of what you will see. Be honest in your assessment. Transformation and revelation require an adjustment from what we know to what we know can be.”

Congressman Lewis‘s words speak to all of us, reminding us of the ongoing struggle to build the beloved community. We mustn’t give up on each other. We also mustn’t accept any less than justice and equity for all.