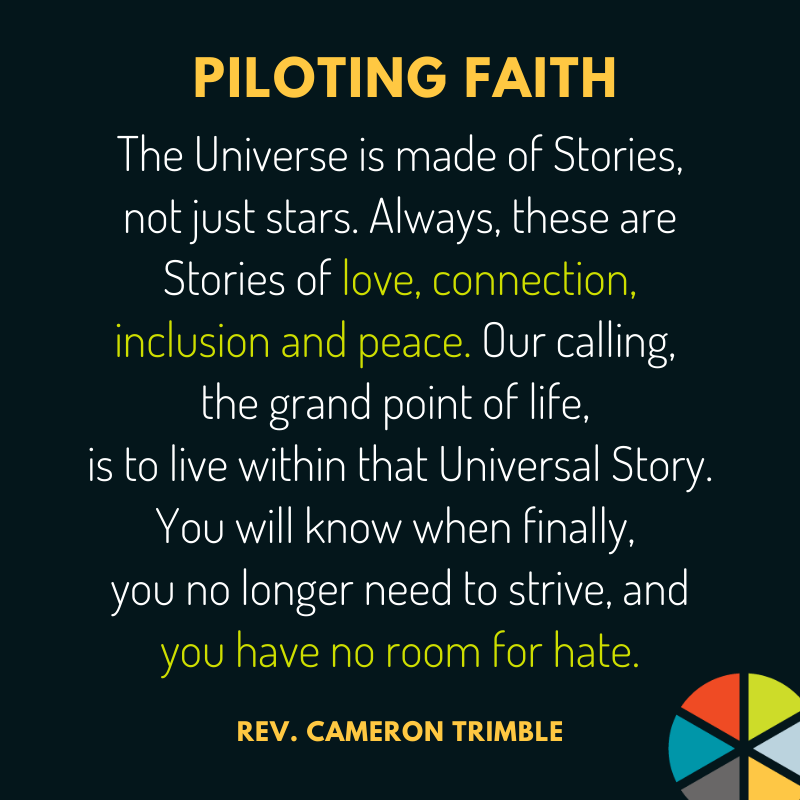 In Iroquois mythology, they have a beautiful story of how humans came to help form the world:

The geese, turtles, otters, swans, ducks, fish of all kinds were living on the earth. One night they looked into the sky, and, much to their surprise, they saw a woman falling from the sky with a small bundle clutched in her hands.

The geese took flight, knowing the woman was not made for the sea, and caught her in their wings before she fell too far. But the geese could not carry her long, so an old turtle offered to let her rest on his shell. The animals understood that she needed land for her home, and so they called a council to discuss what could be done.

The deep divers among them knew that there was mud at the bottom of the water. One by one, they dove deep into the water in search of the mud. But the water was too deep, and they returned empty-handed. Some did not return at all. Finally, it was only the little muskrat left. He was the weakest diver of them all, but he bravely volunteered to go. He swam into the depths and was gone a very long time. Then, his limp body floated to the surface, but in his hand was a clump of mud. He gave his life to help this human.

The old turtle said, “Put it on my back, and I will hold it.”

The Skywoman took the mud and spread it on the old turtle’s back. So moved by this act of kindness of these animals, she began to dance in gratitude and thanksgiving. The mud began to grow and spread far beyond the shell, building an island and then the lands of the earth. It was the alchemy of the animals’ gifts and the woman’s gratitude that created the beautiful world we have today.

Of course, like any good guest, she did not come to earth empty-handed. In the bundle she brought was a small rooting of a tree – the Tree of Life. She planted the tree and in time scattered the seeds of grass, fruits, herbs and trees. In this way, all living creatures had plenty to eat, and life was good.

I first read this story in the beautiful book Braiding Sweetgrass: Indigenous Wisdom, Scientific Knowledge and the Teaching of Plants by Robin Wall Kimmerer.

Consider as you read this beautiful creation story how different it is from the Story of Eve and the Garden of Eden. In the story of Skywoman, she creates a garden for the well-being of all. In the Story of Eve, she finds herself in an exclusive garden, banished to a world of pain and suffering when she seeks to taste its fruit.

Stories are powerful shapers of how we understand ourselves in relationship to the world. As we watch California and Oregon burn, as we grieve the 925,284 people worldwide who have died from COVID, as we watch the extinction of thousands of plants and animals, I pray we find a new story of how we live in relationship to our world.

May Skywoman fall on us and awaken us in this age.